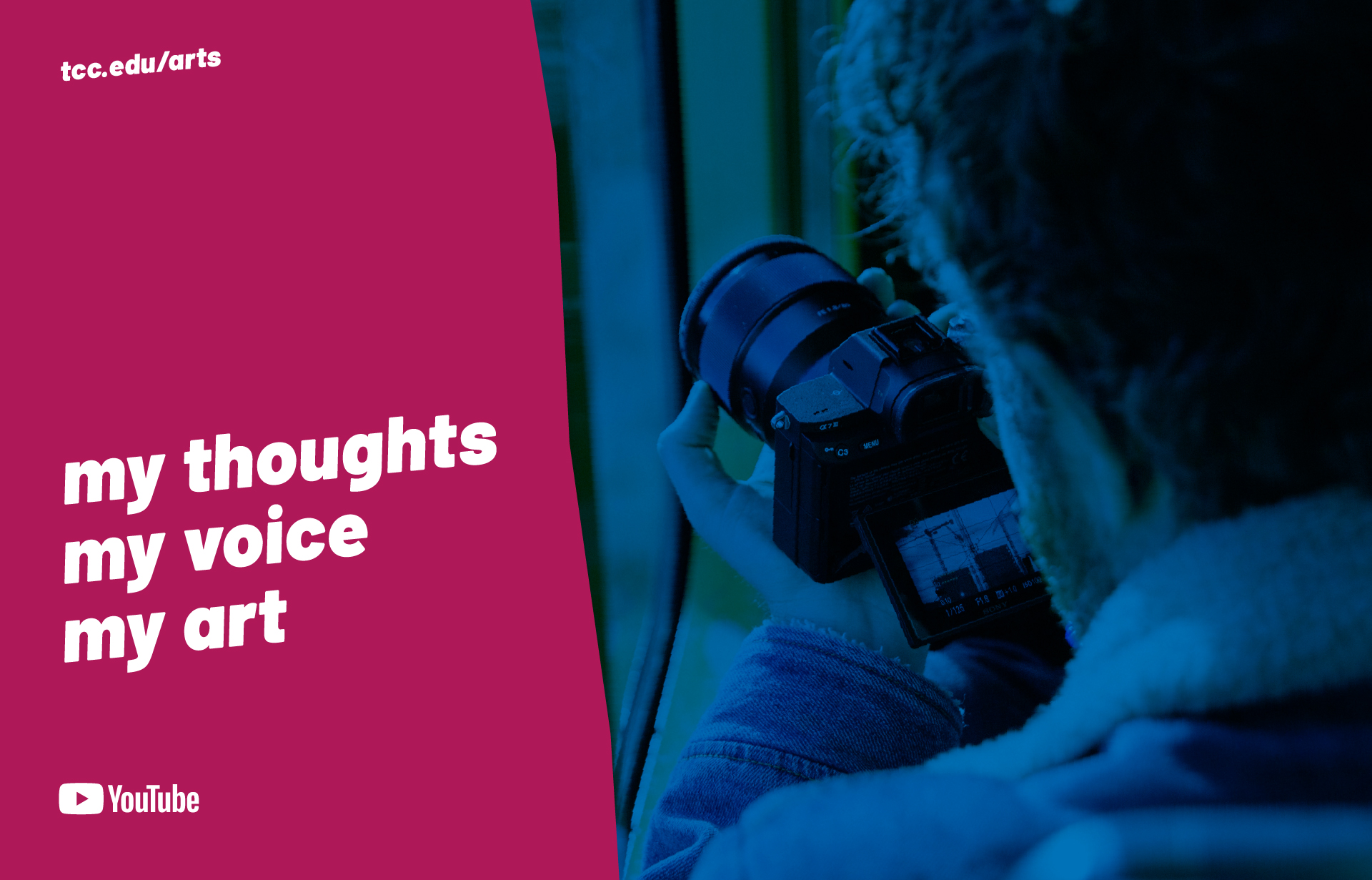 Tidewater Community College’s Arts & Humanities Pathway is proud to present a new series of music, visual arts, literary, and theatrical programming that will begin this fall and continue through the 2020-21 academic year. The series is called:

my thoughts. my voice. my art.

College faculty, students, staff, and the community are invited to join us for this free series of college-wide visual and performing arts events that explore themes of diversity, adversity, inequality, social justice, and empowerment during this time of social change. Events will include art exhibits, music and theatrical performances, lecture and panel discussions, poetry slams, and more.

Award-winning producer and playwright Terrance Afer-Anderson’s play, Cast in History, was originally commissioned by the City of Nor folk as a historical tribute to the City’s rich African-American history. This sometimes humorous, sometimes poignant series of monologues by actors portraying local historical Black notables will be produced in film and premiered on YouTube Live. A live Q&A by the actors and other artists involved in its making will immediately follow.

Open auditions for the cast will prioritize TCC students.